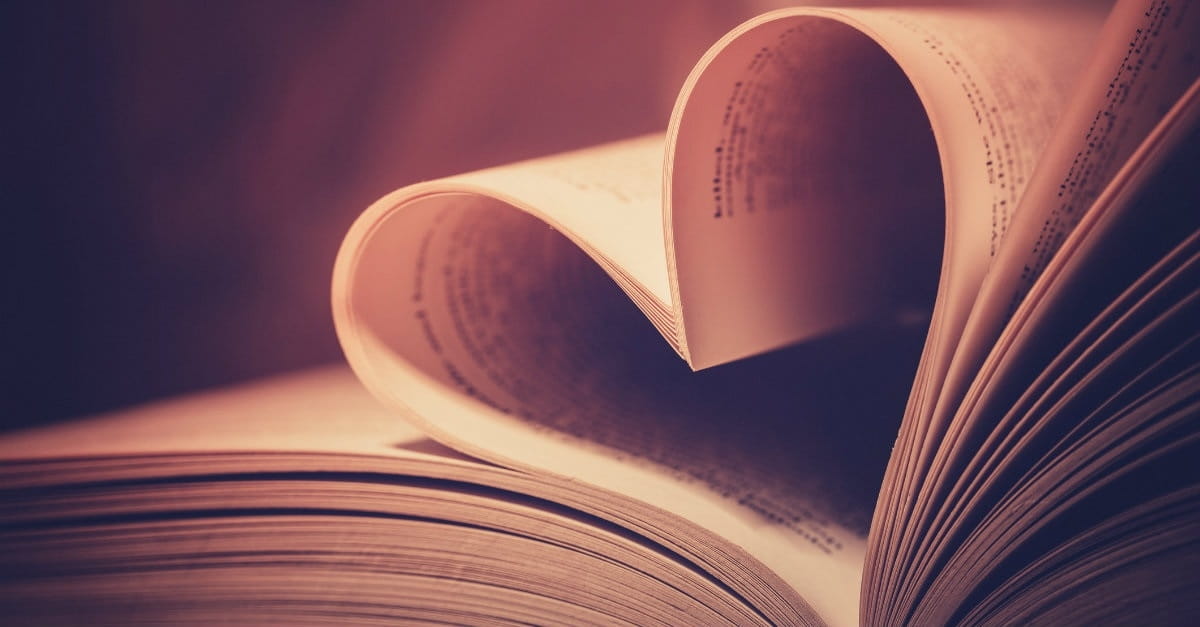 At the risk of sounding old-fashioned to some and offensive to others, psychologist Juli Slattery identifies a woman as having five desires: to escape reality, be cherished by a man, be protected by a strong man, to rescue a man, and to feel sexually alive. Throw a Christian romance novel and a poolside lounge chair into the mix, and a woman might find herself entertaining thoughts she never intended to entertain.


Why quibble over Christian romance novels? What dangers could possibly lurk there? After all, they’re sweet and wholesome, virtuous and godly—a far cry from the likes of 50 Shades of Grey. But within the pages of honorable fiction, there’s still plenty of romance to be had. And coming from a woman who adores a splendidly romantic read, I’ve had to do some self-reflection a time or two, which led to the discovery of four potential pitfalls of Christian romance novels:


1. They can cause discontentment in marriage.


There’s a small lake near my house where people of all sorts walk around—especially moms. Handfuls of them. More like Starbucketfuls, for there’s a nonfat soy chai latte in the cup holder of every stroller.


One day as I walked past several moms, I noticed a theme in their conversations—a man-bashing theme: “The living room walls aren’t going to paint themselves! And to think he wanted pot roast tonight! Fantasy football my (bleepity bleep)!” (Turns out people not only secretly dump their aquatic turtles at the lake; they openly dump on their husbands.)

SEE ALSO: Mystery and Romance: Does a Christian Marriage Need Them?


Hearing such juicy details wouldn’t normally give me pause. But in light of my latest romantic read, and the subtle discontent it has created within my own marriage, I wondered if they, too, were in the middle of their own provocative read back at home. If that’s the case, then their negativity stood in stark contrast to the fairytale wording found in the books dog-eared on their nightstands: “She liked the way his smile settled into a smirk… his sunned hair, tangled from the wind… the nearness of him, wild and uncouth… he smelled of the starless night and tasted of licorice.”


And when a woman is caught between fairytale longings and today’s realities, it helps to let things go. Ruth Graham Bell said, “A happy marriage is the union of two forgivers.” And the Bible is full of wisdom: “Love prospers when a fault is forgiven, but dwelling on it separates close friends” (Proverbs 17:9).


2. They can fuel an addiction to drama.

SEE ALSO: When Your Heart Longs to be Romanced


“Oh, please don’t say anything important,” says the young Margaret Dashwood in Sense and Sensibility as she’s forced from the room while her sisters stay back to discuss their romantic interests.


Like Margaret, whether we grew up transfixed by the dating lives of our older sisters or glued to all-things-Cinderella, many of us can’t survive a day without a drama fix. And when the fire in our own relationships pales in comparison to that of, say, the sea captain’s stalwart son and the vicar’s winsome daughter, we’re more inclined to become addicted to the twists and turns of great fiction (especially if the vicar’s daughter made a vow to God to never marry!).


But just because a woman enjoys the slow enfolding of a swoon-worthy story, it doesn’t mean she is committing a sin. The Bible is crammed with romantic themes, everything from making love, to unrequited love, to lost love. God invites each of us into these stories, many of which reveal truths about who He is and how He feels about us, often comparing Himself to a bridegroom and we His bride: “And as the bridegroom rejoices over the bride, so your God will rejoice over you” (Isaiah 62:5).


So before we put down our romantic Christian fiction, let’s assess our hearts. Are we reading about the sea captain’s son’s “electric green eyes, the kind that can ignite hope” because we crave the ensuing drama? Or are we reading novels through eyes of faith, encouraged that God will fill our lives—our own lives—with His perfect plan and purpose?

SEE ALSO: Women: Are You in Love with Romance?


3. We use them to replace regular Bible reading.


Libraries, real and digital, are chock full of excellent Christian romance novels, books written by the likes of Francine Rivers, Lynn Austin, and Bodie Thoene—to name a few. There’s a richness and depth to them, too, with God’s plan of redemption woven all throughout. Even Charlotte Bronte’s Jane Eyre is filled with the gospel message. But that’s the problem: When we’re learning biblical truths in Christian fiction, it’s tempting to not pick up our Bibles.


I certainly have read my share of books over the years, incredible Christian romances that have kept me up into the wee hours of the night. Sadly, the Bible has yet to pull me in like that. But I’m certainly thankful for God’s wholehearted devotion to me, “for if we are faithless, he remains faithful—he cannot deny who he is” (2 Timothy 2:13).


4. They lead to fantasies.


As we review the five desires of women according to Juli Slattery (to escape reality, be cherished by a man, be protected by a strong man, to rescue a man, and to feel sexually alive), it’s no wonder so many women fantasize about the men they read about, men who are rugged and unpredictable, yet love to snuggle with kittens. Men who are so head-over-heals in love with their women, they can’t help but do the outlandish and unexpected. And if that means dancing outdoors in torrential rain, then so be it!


But women who fantasize about fictional characters, inserting themselves into their very midst through the use of imagination, run the risk of harming their real-life relationships. Slattery writes, “Even if the main characters are ‘in love,’ you are not!” Such fantasies have no emotional, relational, or spiritual reality, leaving a woman feeling more empty and lonely than before.


The pitfalls of living in a fantasy world are even greater within a marriage relationship. How can a woman please her own man if she spends every waking moment reading about what pleases Mr. Darcy? One might even argue that the time a woman spends reading about fictional romance could be better spent building up her own real life romance.


Molly Parker cherishes her role as contributor and editor for Anchored Press Devotional Planners and for Sacred Holidays Bible studies. When Molly’s not French-braiding hair or scolding her basset hound, she’s eating cake, baking a cake, or thinking about cake, which is surprising considering she’s worked in the fitness industry 25 years. Molly lives in Southern California with her husband and three children.