‘Pinky’ was first spotted back in 2007 and has since been seen periodically over the past eleven years. However, this past summer, fans of Pinky got to see something spectacular. Pinky was swimming with a second pink porpoise that is believed to be her child. 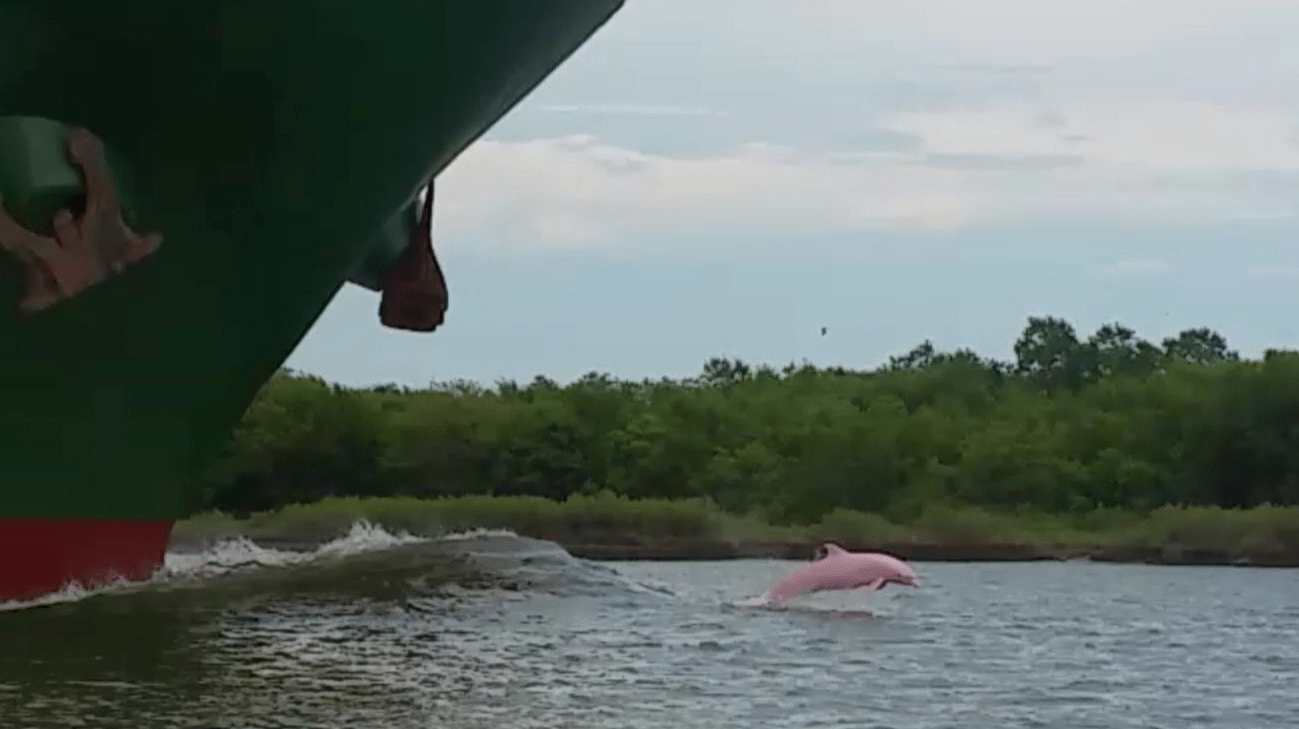 Bridget Boudreaux saw the pair while on her pontoon boat and recorded video of the event that you can see below.

“I about fell out the boat,” she told KHOU. “I was like wow that’s not a regular dolphin, that’s a pink dolphin.”

Boudreaux says she spotted the pair playing near the banks of the water. Then later in front of a big cargo ship.

“My husband was driving the boat and one jumped 20 feet from our boat,” Boudreaux told WFLA. “We were just astonished. I couldn’t get my camera out fast enough.”

Boudreaux could only snap a picture of one of the pink dolphins. But she did manage to take the first photo of a pink dolphin that is completely out of the water.

Some have speculated that the dolphin may be an albino. Then others say the mammal’s rosy coloring could be attributed to a genetic variation.

Pink dolphins are an extremely rare sight to behold.

“Seeing an animal that is extremely light in color is not something we would normally expect to see,” Sánchez said. “And in my full time here we’ve never seen an animal that looks like that.”

You wouldn’t be able to confirm whether or not if the dolphin is actually albino without genetic testing.

There have been only 14 documented sightings of albino bottle-nose dolphins since 1962. Pinky the dolphin has become so famous in Louisana that she even has her own Facebook page.

You can watch a video of her most recent sighting below.