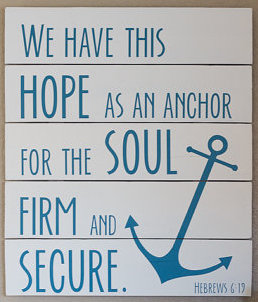 I didn’t  blog much in 2015.
Truth is – I didn’t have much to say and had very little time to say it!
2015 was a strange mix of everything; blessings, sadness, busyness…. and even with moments of joy, I felt as though some things in the last year had sucked the life, joy and confidence out of my soul and replaced them with fear.
I’m hoping that 2016 will see that life, joy and confidence restored – because I have much to look forward to!
As I scanned down the New Year’s comments on social media, I noticed the huge spectrum of the greetings. Some said that God had promised a healthy and prosperous 2016 to us (Utter tosh by the way!) and others were at the other end of the spectrum, helpfully saying they prayed God would walk with us through the coming year.
However, the ones that stood out were ones about hope. Those were from people who have had a devastating 2015, who were looking forward to the coming year with hope. Not that banal “I hope everything works out” sort of hope, but a solid hope that has it’s foundations in the grace of God. True grit hope!
As the year came to an end, and the date of our stepping down from leading Children Worldwide came closer, many of my friends said one key thing to me. None of those friends knew each other, but they were saying the same thing…. and I found the word they were using slightly disturbing!!
Stirring.
When I was young, being called a stirrer was an admonition. You were told off for doing it. As a shy introvert who doesn’t like confrontation, stirring was something I didn’t do.
But my praying friends seemed to think this is what I am being called to do in the coming season of my life, and it’s scary.
As I ponder the last year, I suppose I have made a small start in this “gift of stirring” (as one friend called it!) but I’m not comfortable doing it. Maybe that’s a good thing – it means I not only care about the things I’m stirring stuff up about, but I also care about the feelings of the people I’m stirring up.
My hubby has just done a site proof read before launching “Pondering Platypus”. Whilst reading this bit, he stopped and said “Of course, there’s the stirring up of new gifts in you”. What a wise man!
So my prayers for myself in 2016 are:
Restoration – of life and joy
A firm foundation – of Hope
Wisdom and love – to stir well
The stirring up of new gifts as needed
(And the ability to rest well within the whirlwind of life!)
Let the stirring begin!
[ad_2]