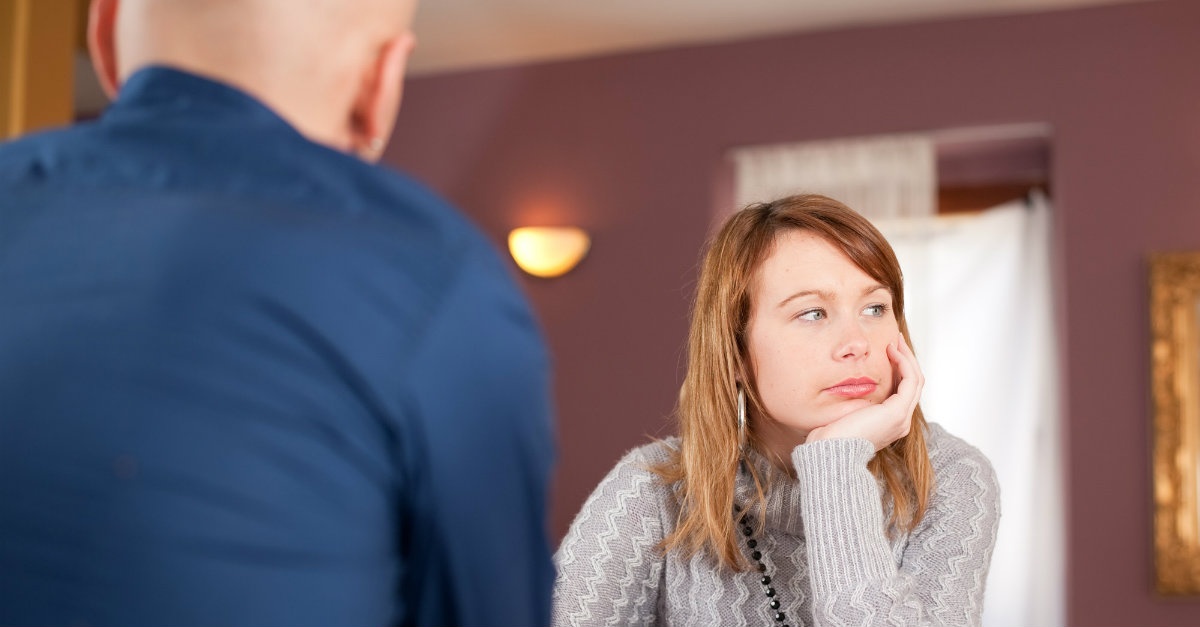 
We could talk a great deal on when to date, if to date, and how to date, and I’ve written and spoken a on that subject numerous times over the last decade. Dating is probably the subject I’m asked about most often, because let’s face it. Most of us want to be in love, one day walking down the aisle, securing our forever mate. There’s absolutely nothing wrong with any of that. However, when the desire for that becomes too great, I’ve found that single ladies can get into significant trouble.


Today, I want to focus on the warning signs that single ladies often ignore in their pursuit to find that Mr. Right. Consequently, they become knee-deep in love, throwing every caution to the wind, with Mr. Wrong! So….here are the top warning signs you are dating Mr. Wrong (or have a friend who is):


There is a frequent need to make excuses for his behavior.  It is normal to have a bad day, where we are tired, overworked, hungry, or maybe have had a series of events that have led to a bad mood. However, when you find yourself making excuses on a regular basis for your boyfriend’s bad mood, rude behavior, inconsistency, lack of involvement with church or family, financial despair, or any number of other issues, there’s a problem. If you find yourself on eggshells around him (or when you bring him in front of other people), this is a huge red flag. When you find yourself constantly making statements such as, He only did that because of how he was raised. He only acted that way, because he’s been hurt. He only….. How often do you overlook his behavior?


He ignores your boundaries. Boundaries are personal. They are determined through prayer and personal conviction. You shouldn’t even begin to date until you’ve established what your personal boundaries are. Once they are set, they should be honored. Ignoring boundaries doesn’t happen blatantly, at first. It starts small. It’s similar to telling a “little, white lie”. It always starts small. If he asks you to behave in any way that you otherwise normally wouldn’t – socially, spiritually, parentally, financially, or physically, then he isn’t honoring your boundaries. A man who won’t honor your boundaries won’t honor you.


He does not enrich your life. Enrich means to add to. Proverbs 31:11b says that “…she will greatly enrich his life.” This passage is discussing how the Proverbs 31 wife enhances her husband’s life, but I think the same can be said of a great future husband. He adds value to your life. That value comes in a thousand different ways. He enhances your walk with the Lord. He brings strength and wisdom. He financially enhances rather than subtracts. He brings joy through laughter and optimism. If you find that he is creating more burden for you, in any way, he is not enriching your life. Some warning signs in regards to subtraction versus enrichment would include considering how often you pay the dinner bill, his ability to financially support you in a future marriage, his words of encouragement versus criticism, and/or his eagerness to borrow money from you.


You keep secrets. Mark 4:22 tells us that everything that is hidden will eventually be brought into the open. The man you are dating is supposed to be a strong candidate for receiving your hand in marriage. If you feel the need to keep secrets about your relationship – whether the content of the relationship or its existence at all – that’s a red flag. If you feel the need to be dishonest about him as a person, that’s a red flag. Relationships are meant to be celebrated. Where there’s light, there is accountability. There’s protection.


This list is in no way a comprehensive list. There are many other warning signs that one may be dating Mr. Wrong. It is critical to be honest with yourself. We can all offer excuses for why we’ve made choices we have, why we are doing what we do, or how that relationship is the perfect one for us. The key to avoiding Mr. Wrong (or ending such a relationship) is in being honest, open, and willing to assess the warning signs and to engage with those who love you and are willing to help you see.


It’s also important to mention that Mr. Wrong may be Mr. Right for someone in the future.  Just because he’s Mr. Wrong for you today doesn’t forever mark this man as a hopeless case. It simply means for this season, he is wrong for you.


Single ladies, it is better to be in no relationship than to be in the wrong relationship! You are worth the wait.


Jennifer Maggio is a national author and speaker who is also a wife, mother, and founder of The Life of a Single Mom Ministries. She has been featured in hundreds of media venues, including The New York Times, The 700 Club, Power Women, Daystar Television, and others. She has a passion to see the women of God live free and impactful lives. For more information, visit www.thelifeofasinglemom.com.